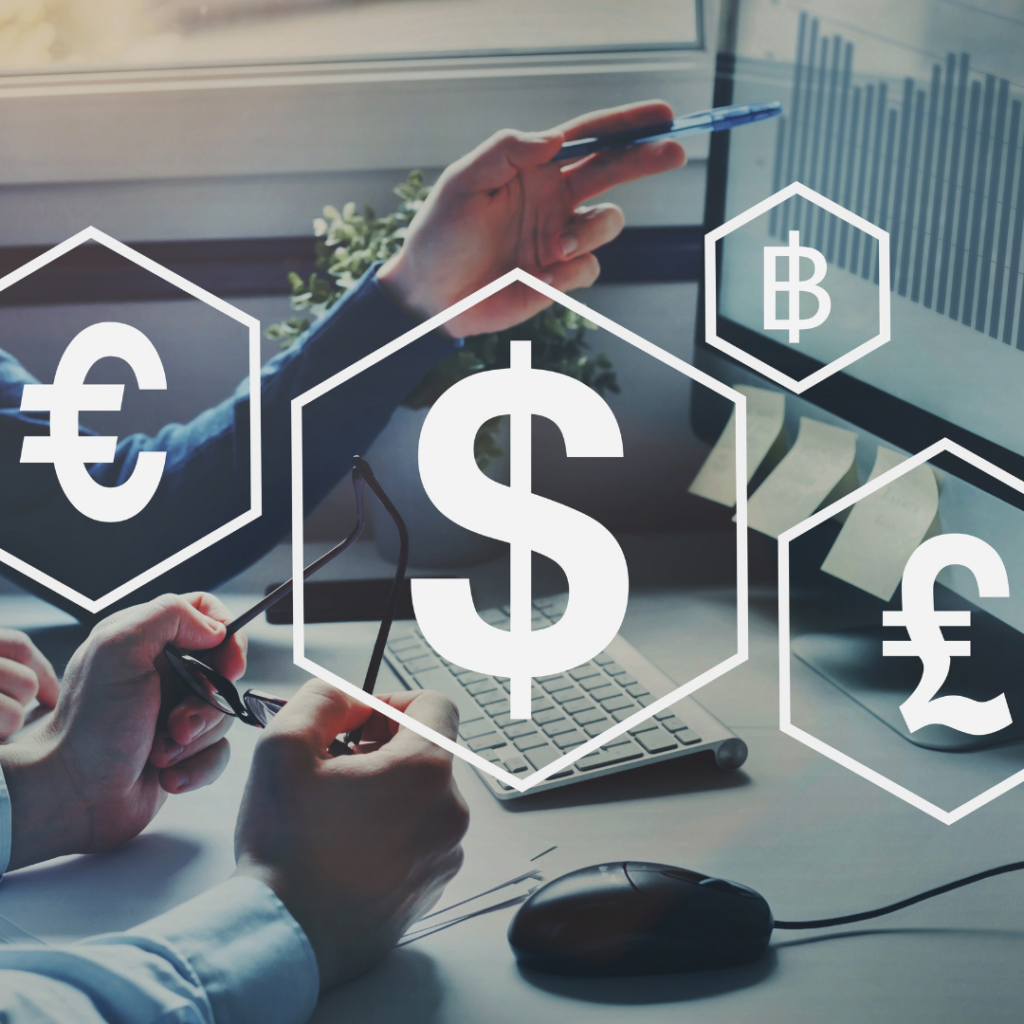 Forex, or foreign exchange, is the process of converting one currency into its equivalent in another. Essentially, the forex market is a network of buyers and sellers, where currency is transferred at an agreed price.
The price is determined by supply and demand and is calculated based on several factors, such as current interest rates, economic performance, sentiment toward ongoing political situations (both locally and internationally), and perception of the future performance of one currency against another.
Foreign exchange is primarily initiated for practical reasons. Most currency conversion is, however, intended to profit from volatility in the world’s most-traded financial market.

Trading occurs over computers and telephones at thousands of locations throughout the world on the Forex market, established in 1971 when floating exchange rates began to materialize.

As a comparison, the US stock market can trade up to $10 billion in a single day, while the Forex market can trade up to $2 trillion. There is a 24-hour Interbank market as the primary market for currencies on the Forex market, which is open 24 hours a day. From major US banking centers to Australia and New Zealand, to the Far East, to Europe, and finally back to the United States, this market follows the sun around the world.

In the foreign exchange market, there are three main reasons for participating. One is to facilitate an actual transaction whereby international corporations convert profits made in foreign currencies into their national currencies. The third reason, which is speculating for profit, is for corporate treasurers and money managers to hedge against unwanted exposure to future currency price changes.

Today, less than 5% of all FX trading is actually facilitating a true commercial transaction.

Due to the fact that the FX market involves telephone or electronic communication between two counterparts, it is considered an Over The Counter (OTC) or Interbank market. In contrast to stock and futures markets, trading is not centralized on an exchange. Each day, Forex trading begins in Sydney and moves to Tokyo, London, and New York as the business day begins in each financial center.

Economic, social, and political events can affect currency movements at any time – day or night – unlike any other financial market.

The history of the forex market , Due to the fact that the FX market involves telephone or electronic communication between two counterparts, it is considered an Over The Counter (OTC) or Interbank market. In contrast to stock and futures markets, trading is not centralized on an exchange. Each day, Forex trading begins in Sydney and moves to Tokyo, London, and New York as the business day begins in each financial center.

Currency fluctuations caused by economic, social, and political events can be responded to at any time – day or night.

History of the Forex

For centuries, man has used money in one form or another. At first, it was mostly gold or silver coins. Goods were traded against other goods or against gold, so gold became a reference price. Nevertheless, as trade between nations grew, it became difficult, risky and time-consuming to move quantities of gold between countries to settle trade payments. To resolve trades in the seller’s local currency, a system was sought.

During the first WORLD WAR, paper money was created in quantities that far exceeded gold reserves to meet the enormous financing needs. Due to the loss of standard parities, the country suffered a gross distortion of its foreign assets and liabilities.

At the Bretton Woods Conference in New Hampshire in 1944, the western allied powers attempted to solve the problem after the end of the second world war. United Nations Monetary and Financial Conference took place in Bretton Woods, New Hampshire in the first three weeks of July 1944. Among the topics discussed were Europe’s postwar recovery, unstable exchange rates, and protectionist trade policies, as well as monetary issues.

During the 1930s, many of the world’s major economies had unstable currency exchange rates. Many nations also imposed restrictive trade policies. It was in the early 1940s that the United States and Great Britain proposed new international financial institutions to stabilize exchange rates and boost international trade. The need to organize a European recovery was also recognized to prevent a repeat of the problems that arose after the First World War.

A postwar international monetary system based on convertible currencies, fixed exchange rates, and free trade was established after World War II by the Bretton Woods Agreement. There are two international institutions created as a result of the agreement: the International Monetary Fund (IMF) and the World Bank. Economic aid was intended to be provided for postwar reconstruction in Europe.  The World Bank’s first loan was $250 million to France in 1947.

Foreign central banks were able to convert the US dollar into gold at a fixed rate under the Bretton Woods Exchange System, and the currencies of participating nations could be converted into the US dollar. Thus, the then dominant British Pound was replaced by the US dollar, and the world’s leading currencies were pegged against it.

Bretton Woods also promoted monetary co-operation among nations and prevented currency competition. IMF member countries agreed to a system of exchange rates under the Bretton Woods system that could be adjusted within defined parities with the US dollar or, with IMF approval, changed to correct fundamental imbalances in the balance of payments. From 1946 until the early 1970s, the per value system was used.

Under President Nixon, the United States devalued the dollar in 1971, forcing other currencies to realign with the dollar as retaliation. By aligning their currencies in a narrow band and floating collectively against the US dollar, the leading European economies tried to counter the US move.

This currency war, thankfully, did not last long, and by the beginning of the 1970’s, the world’s largest economies had abandoned fixed exchange rate systems and floated their currencies. The idea was to let the market decide the value of a currency based on the demand and supply of the currency and the economic health of its nation. This market is commonly known as the International Monetary Market or IMM. This IMM is not a single entity.

There are many financial institutions around the world that have an interest in foreign currencies: banks, brokers, fund managers, central banks, governments, and even individuals. Foreign currency exchange is very much like this at the moment. Central banks still strive to maintain their currencies within a predefined (and highly confidential) fluctuation band, despite the fact that their currencies are dependent on market forces. Several steps are taken in order to accomplish this.

It was not possible to create the International Trade Organization as originally planned as a result of the Bretton Woods Agreement – the US Congress refused to approve it. It was created later, in 1947, through the General Agreement on Tariffs and Trade, signed by the United States and 23 other countries, including Canada. The GATT was eventually renamed the World Trade Organization.

World Bank and IMF, the two international institutions created at Bretton Woods, have faced a major challenge in recent years in helping debtor nations get back on solid financial footing.